skip to main | skip to sidebar

China As An Eco-Tourist Destination

While China may not be as popular as Europe as Tourists destination, yet... I say yet because it might change in the years to come. For people who might already be bored with the same touristy places and sights,  there are many off-beaten tourists destinations in China that can whet the appetite of the adventurous nature lovers. Here below are some of these destinations:

This massive lake is the crown jewel of Jiuzhaigou, a region full of stunning alpine lakes and waterfalls.  The lake is filled with incredible water that changes color throughout the day and year. The color comes from the reflection of the surrounding landscape, as well as algae and calcified rocks at the bottom of the shallow lake. Autumn is the best time to visit, when the lake surface appears as a multi-hued painter's palette.

A UNESCO World Heritage Site set amidst “the loveliest mountains of China,” Mount Huangshan, aka Mount Yellow, is a once-in-a-lifetime trek for many Chinese. The 1,863-meter mountain is renowned for its oddly shaped pines, spectacular rock formations, hot springs and seas of misty and melancholy clouds. For me, the place looks surreal.


Also known as "Conch Gully," Hailuogou park sits at the eastern foot of Gonggar Mountain in southwest China's Sichuan province.  The magnificent glacier, which drives through woodlands, cliffs, peaks and gullies, is accessible all year round. It appears at its best in early morning sunshine.  More than 10 hot springs are spread beneath the glacier. Two are open to the public, including one at an elevation of 2,600 meters.

Softly rolling hills that are so distinctly pure and green. The prairie is a great place to experience Kazak customs. Locals still play traditional sports, live in yurts and raise falcons to hunt for the family dinners, it is like being transported in a different time...


The giant quartz sand pillars of Wulingyuan are said to have been the inspiration for James Cameron's floating mountains on the planet Pandora in his Oscar winning movie “Avatar.” In reality, the Wulingyuan area in Zhangjiajie, a city in Hunan Province in southern China, is home to more than 3,000 of these stone columns. The tallest pillar in the stone forest stands more than 400 meters high. Wulingyuan authorities have renamed one of the pillars “Mount Hallelujah,” the name of the main floating peak on Pandora.


This 12-kilometer, U-shaped valley marked by a stripe of purplish red quartz sandstone has earned the name, “The No.1 Valley of Narrow Gorges in China."

Its steep cliffs, lush vegetation and jagged valley attract sightseers from all over China. The nearest traffic hub to Longtan Valley is Luoyang, a major city in Henan Province. It's about 60 kilometers away. Major cities connected to Luoyang Airport by direct flights include Shanghai, Beijing, Guangzhou and Hong Kong.

A UNESCO World Heritage Site since 1996, Lushan National Park, with its centerpiece of Mount Lu, is more than a tourist attraction. It's a cultural and spiritual symbol of China. Upward of 1,500 famed painters and poets from various periods of ancient and modern China. Masterpiece poems are engraved in calligraphy on the mountain cliffs.

The nearest traffic hub is Mount Lu Airport. It's about 10 kilometers away. Major cities connected to Mount Lu Airport by direct flights include Beijing, Shanghai and Guangzhou.


The 3,200-square-kilometer nature reserve also purports to be “the only well-preserved sub-tropical forest ecosystem in the world's mid-latitudes,” with more than 5,000 species of animals and plants. It’s home to snub-nosed or golden monkeys, a rare and protected species in China.

Wuhan is the nearest major city and traffic hub to Shennongjia. From Wuhan's long-distance bus station at Xinhua Lu, take the daily coach to Xingshan County. Then transfer to a mini-bus from Xingshan to Shennongjia.

Exploding with color, the Benxi Water Cave was formed more than 5 million years ago. Today its main sections are a "drought cave" and a "water cave." A dramatic array of stalagmites and stalactites are covered in vibrant greens, yellows and reds. The water cave contains the world's longest underground river at 5.8 kilometers. Of this, only 2.8 kilometers are accessible by boat. The drought cave is rather small. Only 300 meters are open to the public. The temperature in the cave remains a constant 10 C. Sweaters and pants are highly recommended.


Literally meaning "peaceful clouds," Yunhe and its surrounding rice terraces have been home to farmers for at least 1,000 years. Winding in a maze up mountainsides from 200 to 1,400 meters, individual terraces can be constructed of as many as 700 layers. Rainy days are the best time to visit, when steam from evaporating river water floats through the terraces, creating a kind of agricultural dreamscape.


Mother Nature can also be an artist - creating surreal spectacles that are jaw-dropping, mind-blowing, difficult to believe but very very fascinating.  Some are too beautiful for words, others seem to not belong in this world.  But I think there is only one conclusion, there is probably no way for Man to replicate them.  Only Mother Nature can create these spectacular phenomenon.

These extraordinary natural phenomena just need to be shared.

Cappadocia is Turkey's most visually striking region, especially the "moonscape" area around the towns of Ürgüp, Göreme, (to name a few), where erosion has formed caves, fairy chimneys, and sensuous folds in the soft volcanic rock. 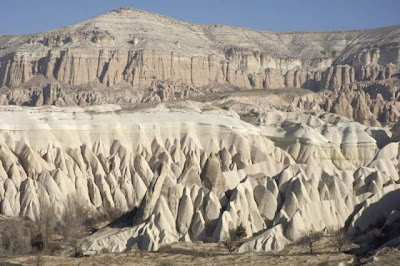 Cappadocia contains several underground cities, largely used by early Christians as hiding places before Christianity became an accepted religion. The underground cities have vast defence networks of traps throughout their many levels. 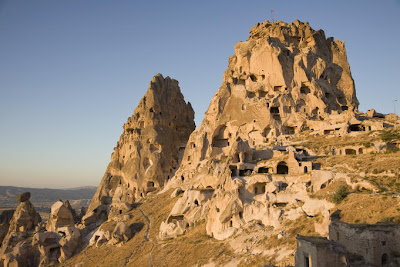 Today the area is a popular tourist destination, as it has many areas with unique geological, historic, and cultural features. The best historic mansions and cave houses for tourist stays are in Urgup, Goreme. The rocks of Cappadocia near Göreme eroded into hundreds of spectacular pillars and minaret-like forms. The lunar-like setting has become popular for hot-air ballooning. 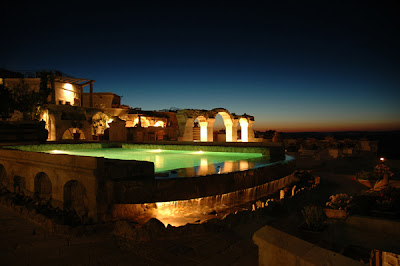 Surprisingly tourists are assured of world class amenities offered by some hotel caves. Now that would be a good experience - living in a cave (albeit the inconvenience of one). Instead we can enjoy modern day marvels together with ancient ones. Quite unbelievable! 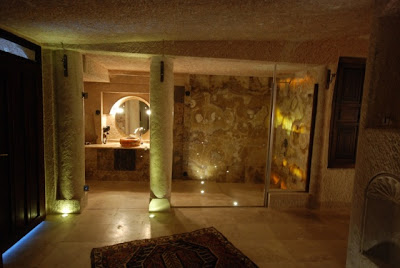 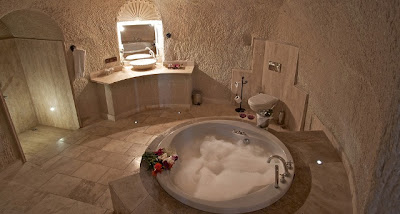 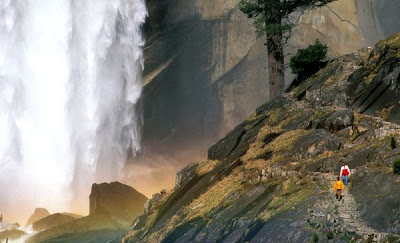 Yosemite Grand Traverse
Hello! After a long hiatus, I'm back and once again ready to tackle topics about living the life that perhaps we longed for, dreamed about, or maybe are lucky enough to live it...
Here are some extraordinary hike trails featured by NatGeo for the thrill seekers. Most of them need some kind of expertise, but if you've got the heart for it - then go for it! 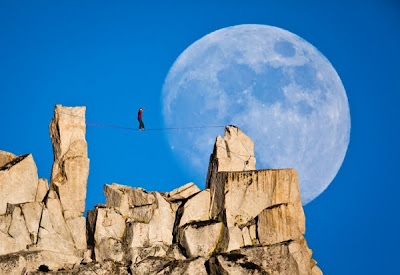 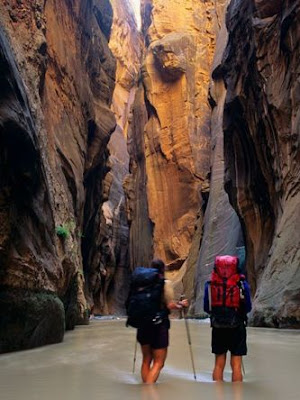 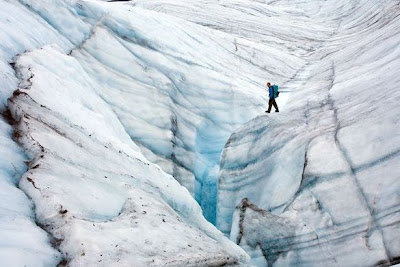 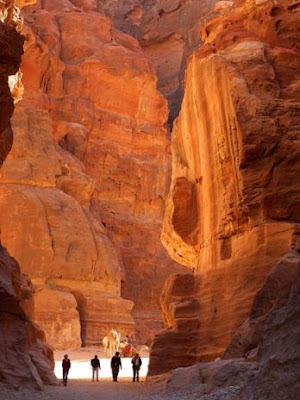 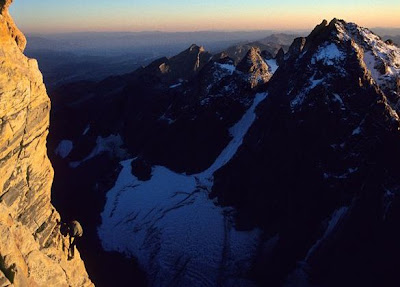 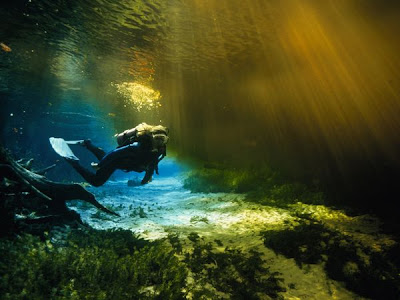 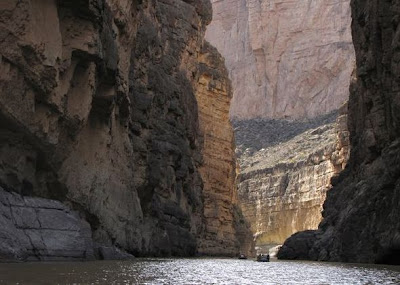 Big Bend of the Rio Grande 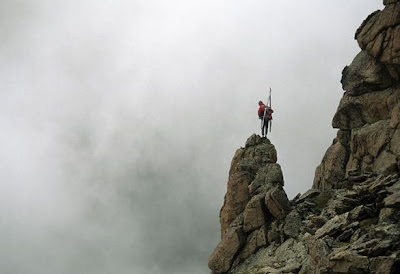 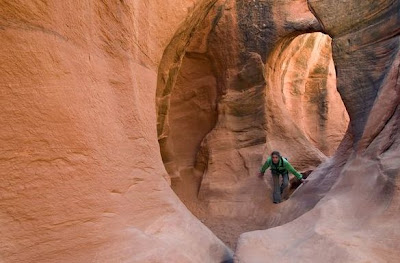 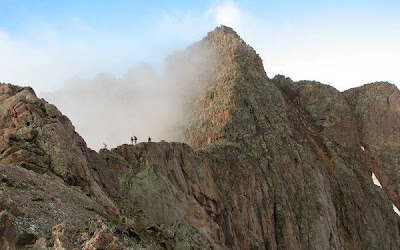 Third Part in a series on astounding geological rock formations from around the world. The geologic world we see today—from rock canyons to moqui marbles—is billions of years in the making. For time incomprehensible, magma flowed and rocks took form. Minerals aggregated. Floods cut earth to shape basins and canyons, now carved artwork of dirt and crumbling stone. Surprisingly the scenes of the rock formations look like they belong to some other planet ...

Bisti Badlands, New Mexico
A remote no-man's land administered by the Bureau of Land Management, the Bisti Badlands in central New Mexico cover about 4,000 acres of high desert. In this expanse there are hoodoos, swirled clay hills, layered stone, coal, silt, mud, shale, and other "phantasmagoric formations of earth and stone," as one guidebook puts it. Looks like Mars to me...

Nambung National Park, Australia
Nambung's famous pinnacles are eerie limestone formations built over eons from shells and other accumulated sediment of an ancient sea. Once buried in deep sand, the pinnacles now stand exposed after wind has blown the desert away grain by grain to reveal the nature sculpture art.


Atacama Desert, Chile
Among the driest places on the planet, the Atacama Desert is a plateau on South America's Pacific coast stocked with endless weird formations in salt flats, basins, planes of sand and lava flows.

Hopewell Rocks, New Brunswick
Tidal erosion in the Bay of Fundy has cut these lopsided rock fins, sometimes called the Flowerpot Rocks. Sedimentary conglomerate and sandstone are no match to the ocean's persistency, which submerges the base of these formations twice a day.

Perce Rock, Canada
Quebec's iconic Perce Rock, included among the "Seven Wonders of Canada" by the Canadian Broadcasting Corporation, is an island in the Gulf of Saint Lawrence that boasts a gigantic natural rock arch. Visitors can kayak around the limestone formation, which is more than 1,000-feet-long and almost 300-feet-tall, or walk to the rock on a spit of land that emerges in low tide.

Wave Rock, Australia
This outcrop in Western Australia curls like a wave that's about to crash. It is actually a 50-foot-tall formation of granite that eroded underground before becoming exposed to air and weathering smooth. It's one of several similar "wave rocks" near the town of Hyden. Really awesome! Like giant waves frozen in time...

View my complete profile
"What is Life if, full of care... We have no time to stand and stare." - W.H. Davies